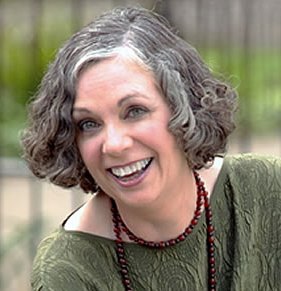 Sue Palmer, a former headteacher in Scotland, has written more than 250 books, educational TV programmes and software packages on aspects of literacy. For more than fifteen years she has been a popular speaker on this subject in schools, colleges and universities in the UK and across the world, and a frequent contributor to the educational press, notably the Times Educational Supplement and Child Education.

Her first book for wider audience, Toxic Childhood (Orion 2006) about the effects of contemporary childhood on child development and learning, was in the Amazon best-seller charts for two years. It was followed by Detoxing Childhood (2007) and 21st Century Boys (2009). The books have led to involvement in many campaigns related to modern childhood, and invitations to speak to a wide range of audiences, including health, social work and criminal justice professionals, playworkers, planners, advertisers and parents. They have also led to many articles and interviews in the national press, as well as frequent TV and radio appearances.

Sue has acted over the years as an independent consultant to many organisations, including the Department for Education and Skills, the Basic Skills Agency, the National Literacy Trust and the BBC. In recent years she’s been an independent consultant on childhood issues to the Conservative Party in England, the Labour Party in Scotland and the National Childcare Committee in Ireland. She’s twice been listed by the Evening Standard amongst the 1000 most influential people in London (which gives her great pleasure, since she lives in Edinburgh) and described in The Scotsman as one of Scotland’s ‘new radical thinkers’.

She has earned a living as an entirely freelance writer, consultant and speaker for twenty-five years. She designed and wrote several literacy training packages for the Department for Education and Skills in England, including co-authorship of the National Literacy Strategy Grammar for Writing training on which UK primary teachers were retrained in the teaching of English grammar. Recent educational publications include Literacy What Works (co-written with Pie Corbett for Nelson Thornes), How to teach cross-curricular writing and Speaking Frames (Routledge) the hugely popular Skeleton poster books, OHTs and CDRoms (TTS) which are one of the best-selling UK educational resources, used in over 10,000 schools, and Foundations of Literacy (written with Early Years specialist Ros Bayley for Network Continuum.

Find out more at www.suepalmer.co.uk